On 9 December 2015 the United Nations Security Council adopted resolution 2250 on Youth, Peace & Security. The historical document is the first of its kind to recognize the positive role young people play in building sustainable peace and to lay out the need for governments and other stakeholders to support young people in this role. It represents a landmark for the participation of young people involved in transforming conflict, peacebuilding and countering violence.

With a larger global youth population than ever before, there is a demographic and democratic imperative to meaningfully involved youth in matters of peace and security, especially considering how conflicts impact on young people’s lives and futures.

At UNOY Peacebuilders we have been working intensively since 2012 to lay a path leading to this resolution. We have fostered dialogue between young peacebuilders and policy makers at the international level, bringing young peacebuilders to discuss with representatives at the UN in New York. At the same time, we have been working for the recognition of young people as actors of positive change with civil society partners including Search for Common Ground and World Vision, as well as key institutional partners through the Inter-Agency Working Group on Young People’s Participation in Peacebuilding.

The dominant policy discourse around youth has traditionally viewed young people as threats to global peace and security, or occasionally as vulnerable groups to be protected. In short, either as victims or perpetrators of violence. This is a harmful reduction of the role youth play in conflict and post-conflict settings and that’s why we have been calling for a third point of view – a point of view which sees youth as peacebuilders who deserved to have their efforts recognized and supported. It is this third point of view which is now being recognised by the UN Security Council. 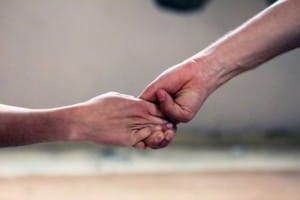 The new UN Security Council resolution outlines the duties of parties to armed conflicts to protect young people during conflict and in post-conflict contexts. Importantly, the resolution goes further and also calls on governments to promote youth participation in processes of peacebuilding and peacekeeping at all levels, including peace processes and dispute resolution mechanisms.

The resolution calls on Member States to facilitate an enabling environment for youth to prevent violence, and to create policies which support youth socio-economic development and education for peace equipping youth with the ability to engage in political processes. It urges member states to support youth peace efforts in conflict and post-conflict settings, including through the the work of UN bodies involved in peacebuilding and development. The resolution also encourages all those involved in disarmament, demobilisation and reintegration to ensure that programs are designed to consider the special needs of youth in these processes.

Finally, the resolution requests the UN General-Secretary to carry out a study on the impact of conflict on young people, as well as their contributions to peace, and to report to the Security Council on the implementation of the resolution in one year’s time.

Not the end of the road 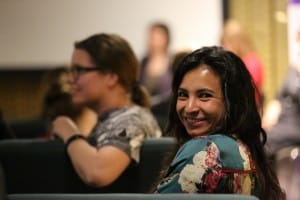 UN Security Council Resolution 2250 is a huge step forward in the right direction, recognising and
supporting young people’s contributions to building peace. However, a UN Security Council resolution is not the end of the road. Young peacebuilders around the world, youth-led and youth-focused organizations must now focus their efforts on ensuring that the resolution gets translated into real policies at regional, national and local levels.

UNOY Peacebuilders welcomes the adoption of the declaration as a tool for young people’s empowerment and calls on every young peacebuilder to join us in the next steps.

UNOY Peacebuilders is a member of the Global Coalition for Conflict Transformation.