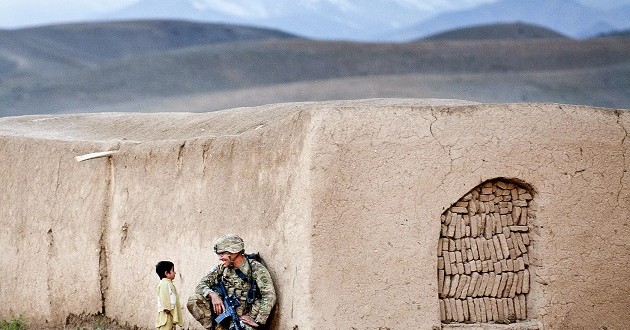 Failure to bring peace and security to Afghanistan was lead to mass youth migration. The National Unity Government must adopt a clear policy for reconciliation with armed oppositions in order to bring peace and stability in the country. It must respond to people’s demands and problems in order to save this young generation and prevent them from leaving.

The 2014 Afghan presidential elections were considered a hope for positive change and it was expected that the National Unity Government would adopt a clear and practical policy for reconciliation with anti-government elements to bring peace and security to Afghanistan. It has, however, failed. This failure resulted in increased insecurity, instability and growing crises due to which a large number of Afghans, especially young people, started fleeing in search of a better future.

The people of Afghanistan, including young educated people, left the country, either through special immigration visa programs or illegally. Illegal migration is not something that people can decide for fun or it’s not just traveling from one country to another. But when there is no life and no hope for the future, people decide to change their future and the future of their children. They risk their life and spend a large amount of money leaving everything behind hoping that if they reach a secure country, they will be able to spend the rest of their life in peace. Many people have lost their life and their dear ones while illegally migrating, or have ended-up in difficult situations.

Afghanistan is a country of which 65% of its population is comprised of young people. This youthful population was the embodiment of hope, with the future of the country depending on these young women and men. There is a hope that this generation that rose after the fall of the Taliban regime and have received good education would contribute to re-establishing the country and working for change. But the government failed to use the young people’s power for a better country. It failed to bring them opportunities so that they realize their full potential.

However, it was expected that the government do something to prevent young women and men migrating from the country by adopting a clear strategy and policy to end conflict and instability. Unfortunately, the Afghan government was silent and motionless in this regard. But the National Union of Afghanistan Workers (NUAW) launched a campaign aimed at encouragingyouth not to leave the country. The week-long campaign – under the slogan “Stay in your country and force the government to answer” – comes after tens of thousands of Afghans fled the country in the hope of a better life in European countries through danger routes.

On the other hand, the government lists other reasons behind the migration, including organized crime, a dwindling economy, backbreaking poverty, unemployment, rampant corruption in government departments and nepotism and others. But these are again connected to an absence of peace and security, which limits the opportunities for the new generations.

Peace and security is a must for Afghanistan and the National Unity Government must adopt a clear policy for reconciliation with armed oppositions in order to bring peace and stability in the country. It must respond to people’s demands and problems in order to save this young generation and prevent them from leaving the country.

Maryam Safi, from Afghanistan, worked for Sanayee Development Organization (SDO), a member of theGlobal Coalition for Conflict Transformation, as Program Manager for Peacebuilding and Conflict Resolution.