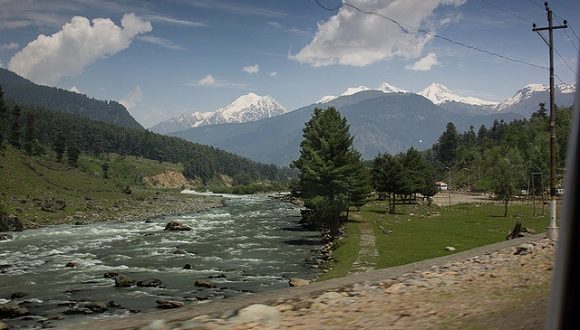 Animosity between the Jammu and Kashmir regions runs deep. In a tense environment, local conflicts often have far-reaching impact and must be resolved swiftly.

A constant problem in Jammu and Kashmir is the ‘political unpredictability’ and ‘religious fissures’ which keep brewing and exploding. Politics and religion are so deeply enmeshed that governance, security, development, the distribution of resources and even gender is perceived through a politico-religious lens. This volatile combination gnaws menacingly at regional and community sinews. The animosity between the two regions – Jammu and Kashmir Valley – runs so deep that they have not been able to accept each other’s ‘political ideologies’ or gain political trust since 1947, and perhaps even before when a Hindu Dogra Maharaja ruled a Muslim majority population.

The new political alliance between the key BJP and PDP parties, created after the state assembly election in 2015, was seen by some as an opportune tool to snub the idea that Hindu and Muslim political identities cannot come together. One would have thought that after the mandate given to political parties in Jammu and Kashmir, the BJP-PDP alliance would tip the political scale. But the alliance soon became vulnerable to extremists on both sides, sabotaging prospects for peace.

The death of Chief Minister Mufti Mohammed Sayeed of the PDP in January 2016 further pushed stability on the brink. His daughter Mehbooba Mufti was unable to immediately take over the reins of the people’s mandate. Struggling to negotiate internal party dynamics and the agenda of alliance with BJP, she kept everybody in suspense and speculation about her intent.

She finally took over as the Chief Minister on April 4, 2016, becoming the first woman Chief Minister of the state. So once again a fresh PDP-BJP alliance is in place. While the political leadership continues to swear by the common governance agenda, people have their doubts and political opponents are not convinced. We must now wait cautiously and see if the politics of the region are able to create any space for freedom, expression and peace.

Examining incidents before the government dissolved after Mufti’s death, any overtures by either the BJP or PDP which hurt the sentiments of either constituency were perceived as a betrayal by the people of both regions. More so in the Kashmir Valley which sees any alliance with BJP as extension of right wing Rashtriya Sewa Sangh (RSS), considered by most Kashmiris as an ideological right wing organisation that hates Muslims. Their presence is also seen by the Islamist constituency as cultural invasion and direct threat to establishing an Islamic state ruled under Islamic Sharia – for inherently carved deep into Kashmiri psyche is the notion that ‘Kashmir is a Muslim land’. It should be noted that one of the first Kashmiri Pandit’s killed before a mass exodus of the community in 1990 from the Kashmir Valley was Pandit Tika Lal Taploo, Vice President of Pradesh BJP and allegedly an RSS member.

Earlier volatile eruptions, including a beef ban one, show that while there is a larger issue of dispute between India and Pakistan over Kashmir, there remains several local or sub-local conflicts that bear influence on the resolution of the larger conflict. What are the tools that can help keep peace within communities and regions in the divided state?

The beef issue is an important case study. On 8 September 2015, the Jammu Bench of High Court responded to Public Interest Litigation on banning beef in the state as directed by the Director General of Police to strictly enforce the ban. The Kashmir Bench of High Court responded to a PIL filed by a Kashmir based University professor against the ban disposed on 16 September 2015 that it was up to the State Legislature to retain or not to retain any of the existing laws. On 16 October 2015, the Full Bench of the High Court disposed the order. However, the law itself divided people.

The Full Bench order resulted in severe tension in the two regions which escalated and saw the murder of Zahid, a truck conductor by Hindu zealots. The attack was provoked by the killing of cows on streets of Kashmir by an elected legislator Engineer Rashid and a few separatists including Asiya Andrabi, a self-styled Islamic crusader.

Beef is a highly emotive issue with both Hindu and Muslim communities. Hindus see the slaughter and consumption of beef as anti-Hindu religion and Muslims see the ban as infringement on their religious obligations. Therefore the open selling of beef, or a ban on it, always has the potential to snowball into a deeper crisis.

Braving extreme challenges, the Jammu and Kashmir Chamber of Commerce came together to issue a joint statement for peace in the region: “When the truck was attacked and Zahid killed, the temperatures were high. The regional divide had resulted in heavy economic losses to both business communities. There was a complete absence of positive steps by political parties. Fearing a repeat of 2008, I took bold decision to meet my counterpart in Kashmir. The trade bodies came together to send a message for peace,” said Rakesh Gupta, President of the Jammu Chamber of Commerce.

On 12 October 2015, an urgent joint meeting was convened between the Jammu Chamber of Commerce & Industry and the Kashmir Chamber of Commerce & Industry (Inc) was convened at the office of KCC&I in Srinagar. The aim was to take stock of the situation arising out of the criminal attack in Udhampur (a district center in the Jammu region)on the Kashmir bound goods carrier and its cascading impact on the social, political and economic environment.

The President JCC&I Mr. Rakesh Gupta represented the Jammu Chamber of Commerce & Industry while President KCC&I Mr. Mushtaq Ahmad Wani represented KCC&I. It was unanimously agreed in the meeting that the unabated politically motivated attacks on trucks were bound to spell doom throughout Jammu and Kashmir. They agreed the attacks must be curbed to stop the disruption and promote values of peace, amity and brotherhood.

Peace in the hands of the elected

Perhaps their timely intervention helped to save the state from collapse as it had done during Shri Amarnath Shrine land row controversy in 2008. However lying underneath this are laws of the state that defeat any attempts for political, regional and communal reconciliation. Laws like Article 370 and Armed Forces Special Power Act that push people to hardened positions.

These are the areas that only an elected government can tread to bring consensus and resolution. At times peace may not in the hands of the people, civil society and institutions like universities, Bar Associations and Chamber of Commerce but in the hands of those whom people elect to represent them. Jammu and Kashmir await a wise and conscious political leadership for justice, reconciliation and peace to follow. Will Mehbooba Mufti usher in the peace that the masses are awaiting?