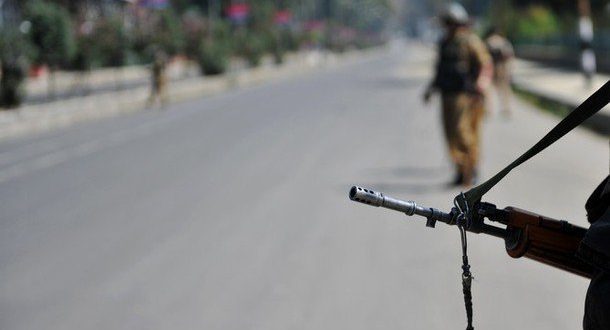 More than three months since violence broke out in Kashmir over the death of militant leader Burhan Wani, the situation remains grim. Schools are shut, hundreds have been arrested and an aggressive government response has increased feelings of separation and anger. There is now an urgent need for inclusive dialogue to overcome the tense political situation.

On September 4, after 56 days of continued violence in Kashmir, Rajnath Singh, Home Minister of India led a 26 Member Parliament delegation to broker peace, break the log jam and initiate a dialogue with separatists and public.

The separatist leaders refused to meet the delegation. Snubbed, they returned from Kashmir dejected. “The separatists are an extension of the deep influence of Pakistan in Kashmir. Pakistan is giving legitimacy and sanctity to the separatist constituency in Kashmir. However if Pakistan comes on board and a serious dialogue is initiated between India and Pakistan, separatists will no longer be a factor in the game,” says Bashir Manzar, Editor-in-Chief of Kashmir Images.

Meanwhile, as the theatre of violence, agitation and curfews in Kashmir entered its 68th day, an Indian Army base in Uri on the Line of Control in North Kashmir was attacked by four heavily armed terrorists, killing 19 soldiers and grievously injuring 19. This shifted the focus from the hinterland to the border, and to India-Pakistan, as the Indian government blamed Pakistan for cross-border terrorism and fanning unrest in Kashmir.

But it was Nawaz Sharif, Prime Minster of Pakistan, who on 21 September, while speaking at the UN General Assembly, finally closed the ‘dialogue door’ with India. He eulogised Burhan Wani of the designated terrorist organisation Hizbul Mujahideen as a ‘peaceful youth leader’ of the Kashmiris.

The statement was obviously not taken very well by the Indians. Hence on 26 September, Sushma Swaraj, Foreign Minister of India claimed that: “Kashmir was and will always remain an integral part of India, and Pakistan must stop dreaming of taking it away from us.”

The end of dialogue

The scope for dialogue was thereafter closed. India retaliated militarily by sending across its commandos, targeting terror camps and launch pads claimed to be located in Pakistan’s Azad Kashmir region. The ‘surgical strikes’ on various terror camps by India led to media propaganda from Pakistan and to ‘war noises’ in both countries. Cross border firing intensified across the international border and the Line of Control, killing soldiers and civilians on both sides.

There have been more than 100 ceasefire violations since that. The surgical strikes created heated domestic rhetoric and politics in both India and Pakistan, further pushing the two nations to confrontation mode. India, apart from taking tactical and strategic steps, stepped up its diplomatic ante and began isolating Pakistan at both the South Asia and international level. The discourse on peace thus took on a new connotation and new dynamics.

“The most worrying part is that through India’s post-surgical strikes, political parties are making the army a party to the politics. India should not become a new version of Hindu Pakistan. It can be dangerous for two sovereign nuclear powers,” says Manzar. According to him even if the two countries use nuclear strikes and kill millions at the end there will still be a need for a dialogue. The moot question however is dialogue about what, and how?

Sushant Sareen, a senior political commentator and analyst with Vivekananda Foundation, critiques the various solutions: “First, the separatists to date have not been able to summon the courage to give a concrete independent (of Pakistan) policy,” he says.

“And as far as Pakistan is concerned, they have also been incapable of coming up with a solution in Kashmir that is acceptable to India. Even the General Musharraf formula was never a final solution. It was not tested in the public domain,” he adds, “To sell anything to the people in India, Pakistan, Jammu and Kashmir there is first a need to create a climate to do so.”

Rightly so! Not only does a climate have to be created but, as Sareen puts it, “pandering to separatist sentiment has to be stopped.”

“How can a truce be made if there is no paradigm shift within Pakistan and if the Kashmir narrative is not deconstructed to make it more inclusive?” questions Sareen.

In a video that went viral on social media, Sange Hasnan Sering, a Balti activist from Gilgit Baltistan says: “The Pakistani army wants a status quo because Kashmir is a money making machine. Their double talk has to be exposed. They need to vacate the areas they hold for the people of Jammu and Kashmir (which includes all the five regions of the bygone state), India and the UN then need to sit down to work out a mechanisation,” an approach that hopefully will ensure peace in the region.

Incidentally the BJP-PDP alliance, and the lockdown, unrest and turmoil in Kashmir has this time edged the people in Kashmir and the other four regions (Ladakh, Jammu, Gilgit Baltistan and Azad Kashmir – previously making up the state of Jammu and Kashmir) to voice their sentiments for the narrative to shift away from Kashmir to bring in all the other stakeholders in the conflict.

A new discourse contends that those features of the Kashmiri narrative that have until now been sabotaged by those trying to mislead the world about the reality of the region, its people and their wishes must end. Instead a narrative promoting a lasting solution for peace in the region must begin.

“The Kashmir issue is not just about Kashmiri people, it is about us too,” says Manu Khajuria Singh, Founder of the Voice of Dogra, a distinct and often forgotten ethno-linguistic minority group in a multi-cultural, multi-lingual and multi ethnic state. To drive home this point, Voice of Dogra in October organised a week long Jammu and Kashmir Festival at Trafalgar Square in London.

Manu proclaims: “It is the result of dirty politics and the hegemony of one region that historic facts have been distorted and lies have been told about the history of our land.” She further admonishes, “All my life I have been explaining to people outside my state who I am and what a Dogra is.”

This festival in London tells the truth about Kashmir’s diversity. Let all the indigenous voices be recognised and heard for there are the Dogras, Kashmiris, Ladakhis, Gujjars, Bakerwals, Pahadis, Hindus, Shia Muslims, Sunni Muslims, Sikhs, Christians and Buddhists.

Another voice like that of Kashmir’s Junaid Qureshi, a human rights activist and columnist who through holding various peace conferences within Kashmir, signature campaigns and regular newspaper columns questions the legitimacy of violence in Kashmir. He also questions the diabolic constituency of separatists and their silence about Pakistan’s proxy war, and the exclusivity of the Kashmir discourse: “Selective silence, support for guns and hate will destroy the future of youth,” he says.

The story has to be retold from a comprehensive rather than a fractured and fragmented truth that has been dominating the Kashmir discourse until now. For instance, the fact that ‘Azad Kashmir’ is primarily mainland Jammu and the people there mostly ethnic Dogras, and not Kashmiris, is beginning to emerge.

Unfortunately not enough has not been done to create a climate where an honest and truthful dialogue can emerge. Sustained multiple level dialogue across the board has to be initiated and monitored. For such dialogue to happen, violence and terrorism must stop. As stalemate and deadlock at the local Kashmir and Indo-Pak level continues and as violence haunts the streets, there seems little chance. But the pursuit for peace must continue, for so many have a stake in it.