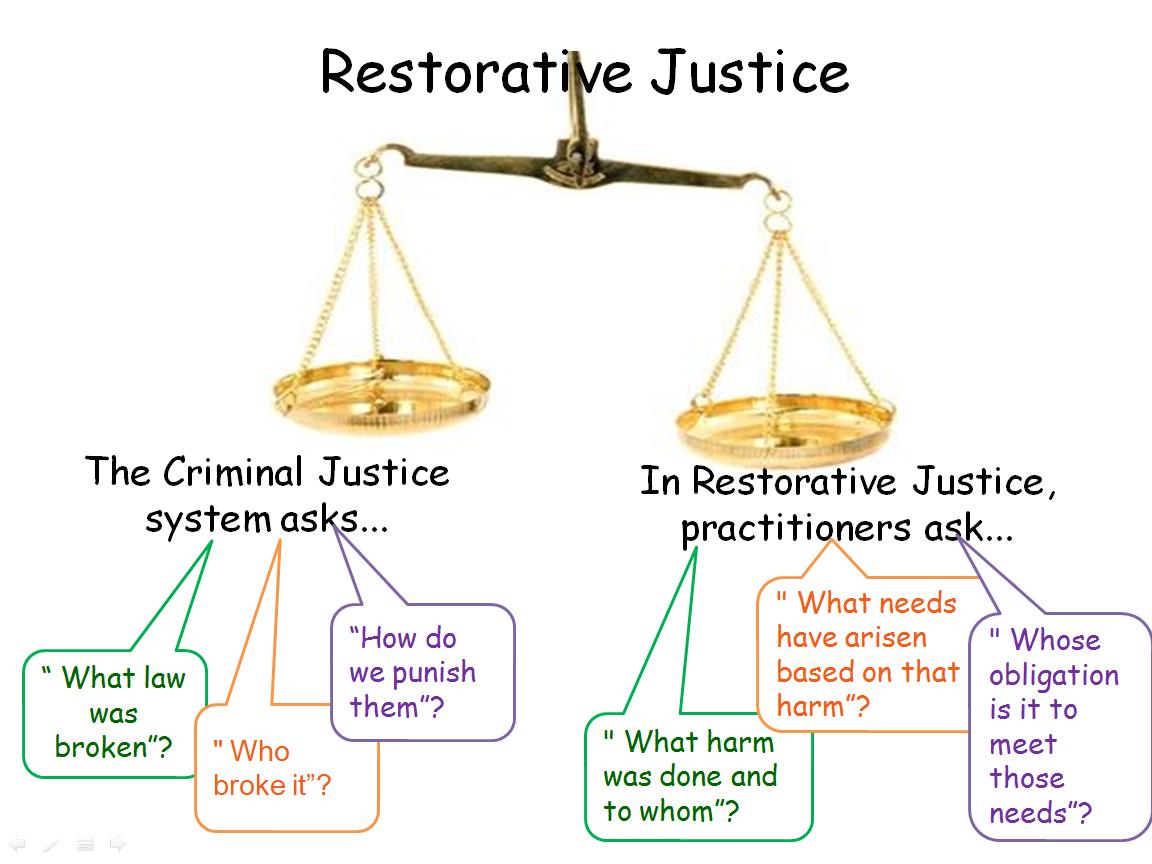 Restorative justice can be conducted safely and effectively at all parts of the criminal justice process, but there are certain advantages which are specific to its use at the pre-sentence stage.

Restorative justice is a form of conflict resolution in which those harmed by crime or conflict, and those responsible for the harm, are brought together into communication, enabling everyone affected by a particular incident to play a part in repairing the harm and finding a positive way forward. The restorative justice movement is making waves in schools, community services, post-conflict societies, criminal justice processes and housing and care settings around the world, and the effectiveness of using restorative practices to resolve conflicts in these contexts is increasingly being recognised, leading to its underpinning in national and international legal frameworks.

Restorative justice can be conducted safely and effectively at all parts of the criminal justice process, but there are certain advantages which are specific to its use at the pre-sentence stage. This includes, for example, its ability to inform the sentencing decisions of magistrates and judges by giving them an additional opportunity to learn about the state of mind, character and level of contrition of the offender, ultimately leading to a better targeted and more responsive use of criminal justice interventions. Moreover, allowing for restorative justice at this point affords those involved in an incident the chance to resolve the conflict themselves with minimal state intervention.

Many jurisdictions, including Australia, Nigeria, the USA, New Zealand and Canada, utilise restorative justice at the pre-sentence stage. For those of us in England and Wales, however, the Northern Irish youth justice process is probably the best known example of restorative justice being fully integrated into the criminal justice process at this time (albeit only for juvenile offenders). Prior to sentencing, the Courts, in almost all situations, must refer cases to the dedicated Youth Conferencing Service, whose job it is to prepare, facilitate and follow up on restorative conferences involving offenders, victims, and the supporters of both parties. A comprehensive evaluation of this process revealed highly positive feedback from participating victims: 81% preferred restorative conferencing to the court process, while 88% said that they would recommend it to a friend. In addition, only 6% of plans were subsequently revoked due to non-compliance by the offender, which is particularly interesting when one considers that 26% of the referrals studied were either for serious offences or very serious offences; of the remainder, 53% were for intermediate offences, while only 21% were for minor offences. Importantly, the discretion of the Courts is not affected in Northern Ireland because they retain the power to reject the agreement made at the conference if they feel that it is more appropriate to impose an alternative sentence.

This process is similar in many respects to that envisaged by Schedule 15(2) of the Crime and Courts Bill, currently making its way through the British Parliament, which specifies that the judiciary in England and Wales may “defer the passing of sentence to allow for restorative justice”. Deferred sentencing, as outlined originally in s.22 of the 1972 Criminal Justice Act, enables the Courts to consider the conduct of an offender post-conviction, but prior to sentencing. Following recommendations to expand its use in the 2001 Review of the Sentencing Framework, deferred sentencing appeared most recently in law under Schedule 23 of the 2003 Criminal Justice Act, which extended the definition of the word “conduct” and outlined a variety of requirements which the Courts can order of an offender whose sentence has been deferred.

While it has long been possible, therefore, to undertake restorative justice as part of a deferred sentence, it has not been used at the pre-sentence stage in England and Wales since trials sponsored by the Home Office were completed in 2004, according to the Prison Reform Trust. It seems likely, though, that by providing a statutory backing, this Bill will increase the perceived credibility of restorative justice among the Courts and, subsequently, lead to a higher number of court referrals. It is for this reason that the Bill has been described by the Restorative Justice Council as “the biggest development for restorative justice in England and Wales since legislation introducing referral order panels to the youth justice system in 1999”.

Although, unlike in Northern Ireland, it will not be compulsory for judges and magistrates here to offer restorative justice to victims and offenders, the Bill does not set an age limit on the offenders who may participate. This makes it possible that the use of restorative justice at this stage with adults may dramatically increase in the coming years, albeit being limited by, firstly, the capacity of relevant agencies to deliver restorative processes in a given locality and, secondly, the willingness of the Courts to defer sentencing so that a restorative process may take place. The next steps, therefore, are to train and educate judges and magistrates so that they feel comfortable enough to make use of this option, and ensure that there is the capacity to provide a restorative process in every area; a victim who wants to meet their offender should never be turned down because of a lack of service provision.

Ian Marder is a criminologist, currently working as Project Manager at the Restorative Justice Council and as a consultant at the Bureau of Anticrime Policy.