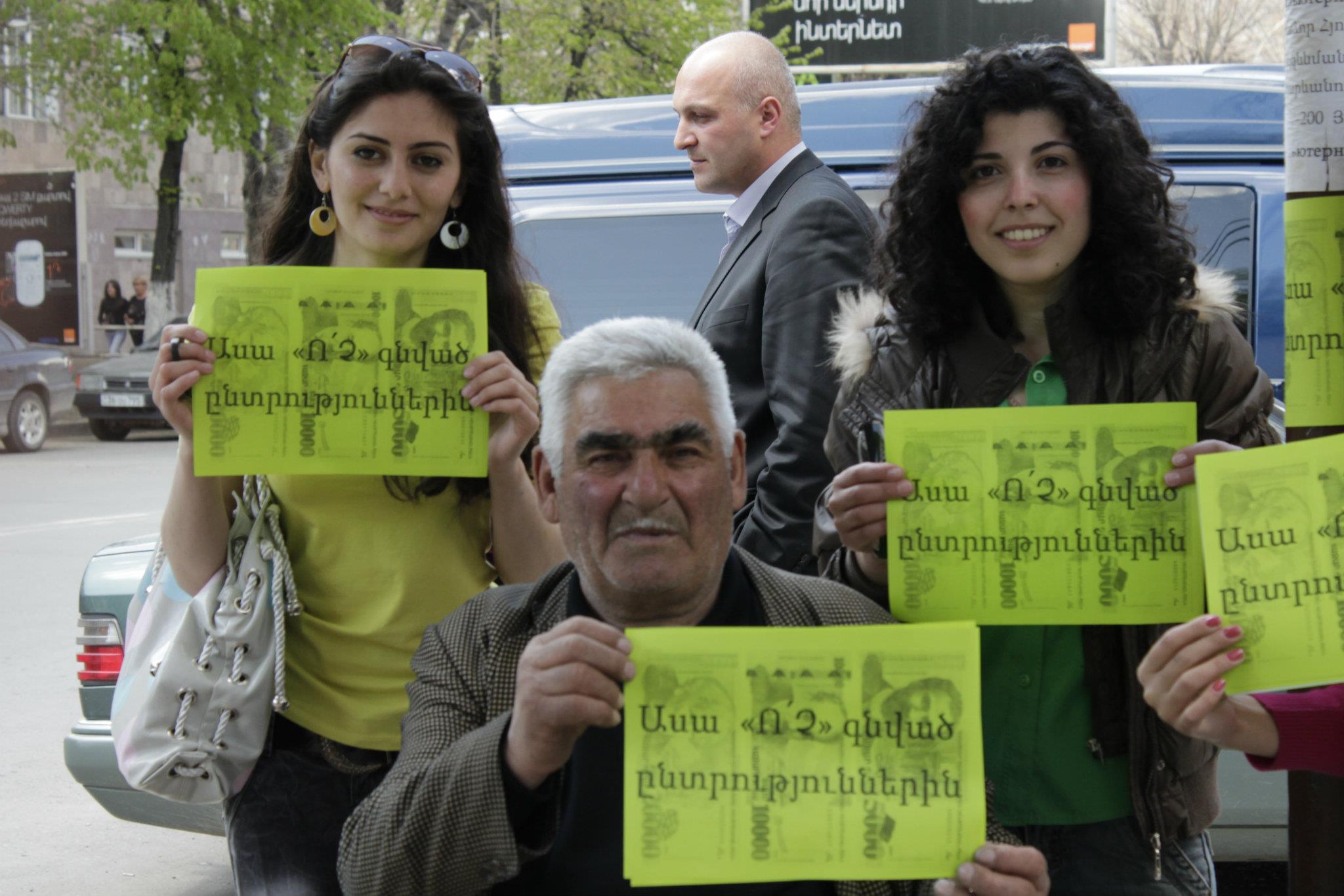 Peace Dialogue, which is registered in Armenia, unites different peace and civic activists from Armenia, Russia, Georgia, Germany and the Netherlands.

For more than four years, Peace Dialogue NGO has been working in the field of peacebuilding, endeavouring to create a peace movement and peace culture in the Caucasus region. The dream of a regional peace movement has hinged upon civic engagement and development in Armenia and in the region as a whole; and it was especially important that youth undertake an important role in this processes.

Guided by its partners’ years of international experience in different conflict regions, and through its own local and regional studies, Peace Dialogue highlights the importance of:

Through the development of civic activism, Peace Dialogue promotes a culture of peace and tries to contribute to the formation of a global peace movement. In such a culture, everyone would understand their role and responsibility in the community and in securing peace, both within their respective countries and the wider region. Citizens would be vested with the right to demand peace from the authorities and to struggle for the rule of law, social justice, and civic engagement in social and political processes. 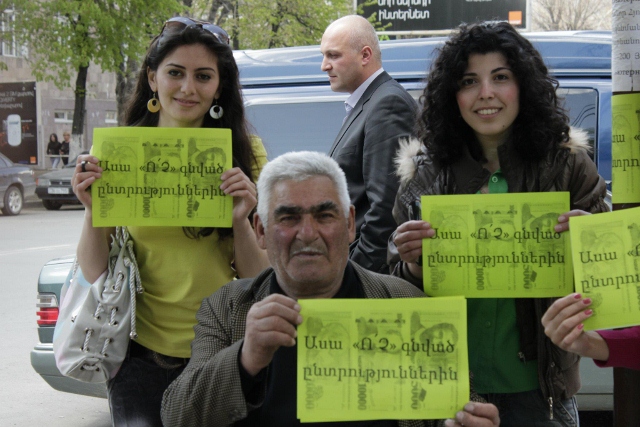 Given the existing problems and socio-economic context, it is expected that education, non-violent resistance and change-directed dialogue are the best methods for promoting the organization’s four main strategic directions:

In the process of achieving social, economic, political, and ecological reforms, Peace Dialogue emphasises the importance of non-violent resistance, which is the basis for all the organization’s activities. Participants of the peace movement should have no other principle than achieving peace only through peaceful resistance.

Peace Dialogue has chosen the following methods of activism to achieve its desired impacts – citizen awareness, civil disobedience, peaceful marches, the organization of campaigns, social advertisements, withholding of economic and political cooperation, and the establishment of civilian control.

Over the past two years – with the active participation and usually at the initiative of youth in the community – Peace Dialogue implemented more than 40 events at the local, national and regional levels. With the support of Germany’s Owen e.V., Peace Dialogue also implemented local initiatives in Azerbaijan and Nagorno-Karabakh.

Safe Soldiers for a Safe Armenia

At the beginning of 2013, Peace Dialogue started a two-year project entitled “Safe Soldiers for a Safe Armenia.” The aim of this initiative is to stop violations of human rights in the armed forces and to develop the safety of Armenia, plus the safety of those soldiers who protect it. Peace Dialogue believes that this project will result in greater public awareness about the poor human rights situation in the armed forces. In order to create public demand for solving this problem, Peace Dialogue also expects to mobilize and involve local, national and international actors, who can, in turn, involve experts from the European Union, NATO and the OSCE.

The project is also expected to help reform the educational curriculum of the Armenian Ministry of Defense; achieved by developing suggestion packages and teaching manuals to support the development of officers-in-training with an advanced level of human rights education. In pursuit of these expectations, various activities are being planned based on the particularities of each target group.

The educational component is particularly important. The methods selected by Peace Dialogue for developing analytical and critical skills among individuals involved in the peace movement give an opportunity to raise taboo issues, including violence and human rights violations. Furthermore, methods that would create a platform for resolving those issues through non-violence have also been chosen.

The social, economic and political situation in the country, combined with Peace Dialogue’s experience, were the basis for selecting theatrical tools as the most effective and applicable, especially in youth peace work. Peace Dialogue’s activity is based on Paolo Freire’s Pedagogy of the Oppressed and the theatrical methods of Brazilian socio-political activist, Augusto Boal. There were at least two reasons for this choice. First, the methods were quite interesting and motivating, allowing Peace Dialogue to raise even the most taboo issues, explore the problem from different dimensions, and discuss and identify the interests and needs of different parties involved in the conflict. Second, this approach it decreases the possibility of aggression in the existing repressive political context.

Through the organization’s three-year project, entitled “Let’s See…Let’s Choose…Let’s Change…”, many like-minded young people from Armenia, Azerbaijan, and Nagorno-Karabakh had the chance to get acquainted with forum theatre and newspaper theatre, which were later widely used through their local initiatives.

In 2012, the educational component intensified through conflict transformation training, which was based upon the needs and interests of the movement’s participants. Through Peace Dialogue’s projects and youth initiatives, trainings and discussions were organized on the following themes: gender roles, media impact, human rights and civic activism, civic awareness concerning ecological problems, alternative journalism, and the use of modern technology in civic activism.

Peace Dialogue considers dialogue between conflicting parties to be one of the most important peacebuilding tools. Dialogue is the best way to ensure face-to-face communication wherever communication is hampered. During Peace Dialogue’s activities, it has been important to create a safe space for the representatives of the parties involved in the conflict where they could meet to share all their concerns and presuppositions.

Peace Dialogue sees dialogue as a preliminary step for building new relations, raising one’s own needs and discovering those of others. Dialogue, meanwhile, is seen to be in a unique and specific socio-political context.

Establishing dialogue oriented towards change between the parties involved in community, national and regional conflict starts from the individual level. Peace Dialogue is convinced that change was possible only from individual consciousness. This will, in turn, result in behavioural change.

While overcoming a culture of silence is a priority in societies where violence was long defined as a tradition or a cultural value, Peace Dialogue considers dialogue formation as indispensable and as the most effective tool for raising issues and looking for solutions.

By using many theatrical methods to establish dialogue – including holding movie screenings and discussions on different social and political themes – a platform was formed for youth from the societies involved in the Nagorno-Karabakh conflict to raise their everyday issues, exchange perspectives on different topics with their peers, and learn about the histories, perceptions, experiences and expectations of the parties involved in the conflict.

Peace Dialogue is a member of the Global Coalition for Conflict Transformation.