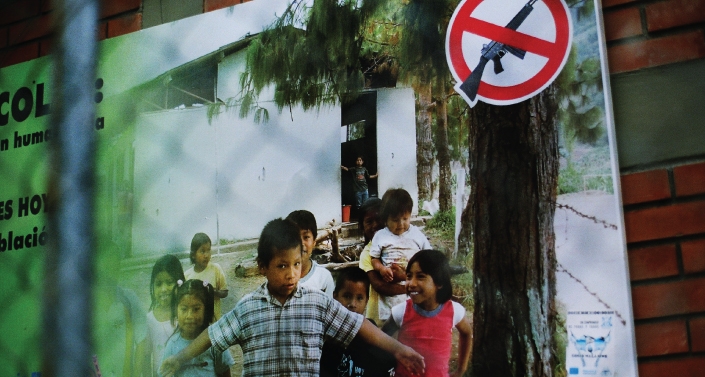 The Security Council should urge states and armed non-state groups to refrain from using schools for military purposes and incorporate clear protections for schools from military use in their legislation, and military doctrine and policies.

The United Nations Security Council should emphasize the protection of students, teachers, and schools at its annual debate on children and armed conflict on March 7, the Global Coalition to Protect Education from Attack said today. In a report released last week, “Education Under Attack 2014,” the Global Coalition identified 30 countries worldwide where there was a pattern of deliberate attacks on schools, universities, students and teachers in the past five years.

“The Security Council should act against national armed forces and armed groups that are attacking vulnerable children and their teachers,” said Diya Nijhowne, director of the Global Coalition. “Students and teachers are not just caught in the crossfire, they’ve been bombed, burned, shot, threatened and abducted because they’re soft targets and because they’re connected to education.”

“Education Under Attack 2014” is the most comprehensive and detailed study on targeted attacks on education undertaken to date and shows that attacks on schools, teachers and students are much more widespread than previously documented, the Global Coalition said. It is unclear if this is due to improved monitoring and reporting, more extensive research, or an actual increase in attacks.

The study ended in 2013, but the problem continues. Last week, armed men thought to be members of the Islamist militant group Boko Haram, descended on a boarding school in northern Nigeria in the middle of the night. According to the BBC, the attackers spared the girls, telling them to get married and give up their education, before torching the boys’ dormitory. Reuters reported that 59 students were burned alive or shot to death.

Attacks on schools and school personnel constitute one of the six grave violations the Security Council monitors and reports on as part of its children and armed conflict agenda.

The Security Council can impose targeted sanctions on armed groups that attack schools and school personnel, and can refer situations of concern for criminal investigation by the International Criminal Court, among other measures.

In addition, the Global Coalition calls on the Security Council to take a lead role in ensuring that schools are protected from military use. In 24 of the 30 countries profiled in “Education Under Attack 2014,” warring parties have taken over schools in whole or in part, using them as bases, barracks, firing positions, weapons caches, and even detention and torture centers. Military use of schools can violate both international humanitarian law and international human rights law. Not only may such use disrupt education for weeks, months or sometimes years, it also increases the risk that the buildings will be attacked by opposing forces, damaging or destroying important education infrastructure, and killing or injuring students and teachers.

The Security Council should urge states and armed non-state groups to refrain from using schools for military purposes and incorporate clear protections for schools from military use in their legislation, and military doctrine and policies. As part of this process, states are encouraged to participate in finalizing and eventually endorsing the draft Lucens Guidelines for Protecting Schools and Universities from Military Use during Armed Conflict. The Guidelines draw on international human rights and humanitarian law, as well as good practice to preserve schools and universities as safe zones in the midst of armed conflict.