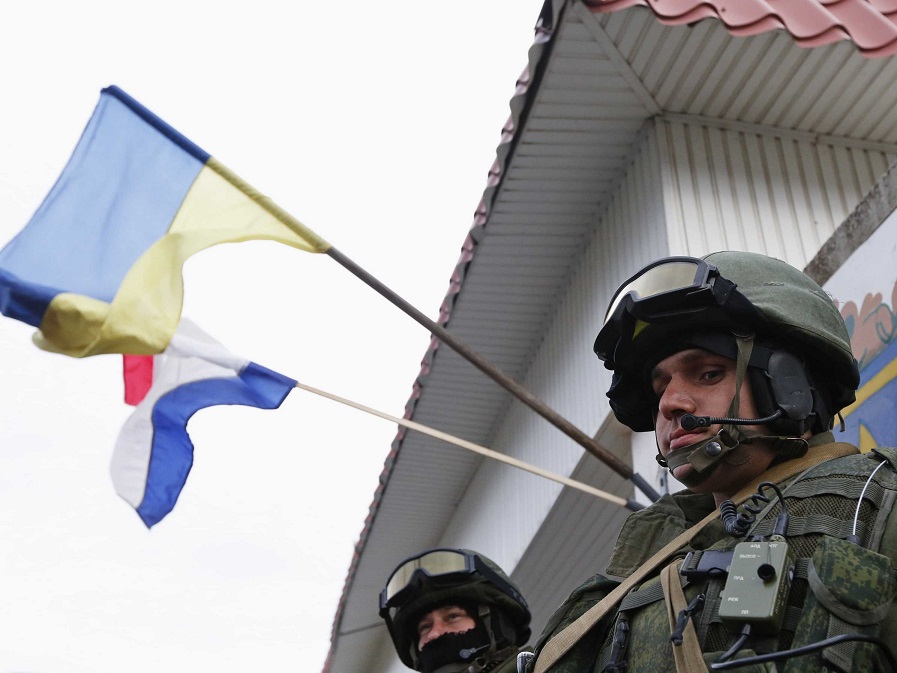 The US might form its policy around building and maintaining multilateral commitment to prevent, diffuse and contain conflicts, using its sense of right and wrong as the basis of a proactive and consistent diplomacy informed by local realities, sensitive to the interests, values and motivations of others and backed up when necessary by the credible threat of force exercised through the UN.

One may see US foreign policy as a kind of zombie, stumbling around the globe without a brain, devouring the living.  This is not just about President Obama or how the US is reacting to the current crises in Ukraine, Syria and elsewhere.  Rather it is about the lack of any overall US strategy for the post-Cold War, 21st Century globalized world we now live in.

Since 9/11, and bereft of the simplifying and unifying focus provided by the Soviet Union and worldwide communism, US policy has become essentially an effort to eliminate its enemies while absorbing all available information about everything.  To protect the homeland, this means remote-control drones and gathering all the “haystacks” so we know who to track.  Instead of a strategy serving national interests, we have a grab bag of sentiments and beliefs:

We Americans are the “good guys.”  Our way is the best and everyone really wants to be like us.  Democracy is the only way to live and our version is the model.  Democracy is about elections.  The future belongs to democracy.  Free people from repression and they build their own democracy.  Our motives are pure and when we break the rules (invade or bomb a country), it’s okay because we mean well.

There is truth in some of this.  The American people generally try to do the right thing when confronted by the suffering of others.  Our way of life is attractive to many.  But our sentiments often emerge through the framework of our own domestic politics as we also vacillate between overestimating and underestimating our capabilities.  Push come to shove, we tend to resort to our superior military and intelligence technology.

We Americans are also often willfully ignorant of local realities.  The Bush White House apparently believed that freed from Saddam, Iraqis would create their democracy through spontaneous combustion.  (We certainly got the combustion part.)  The Obama Administration actually seemed to believe in an Arab Spring.  We are generally oblivious to the interests and motivations of others – as we have been with Russia and Putin – and arrogantly sure of ourselves.  As a result, our “policy” has consisted of mostly reactive, selective and verbal support for “democracy and “human rights” while pursuing our own global war against terrorism.

Our practice has been to use Big Data and targeted killing to fight a war on terrorism that is actually part of a larger conflict within Islam and over modernity.  These may not be the best way to deal with such a conflict and may simply generate more violence.  The US military – a mighty machine and our “sharpest tool” – offers great capability (at great expense) and appeals to many of our politicians.  But is it really appropriate for the 21st Century globalized community we are part of?  What do the wars in Iraq and Afghanistan suggest about this?  Can we actually imagine going to war with China (or Russia)?

This is not to say there are not bright spots.  President Obama’s caution about getting into further wars is more prudent than the overeagerness often pushed by other US political leaders (including some of his own advisors).  Secretary Kerry’s efforts on Israel/Palestine and Iran are courageous and wise.  But Obama’s “redline” approach to Syria, and US knee-jerk exhortations about democracy and human rights, suggests a lack of an overall, practical strategy.  And too many in the US Congress and various domestic constituencies do not support – for transparently political and other reasons – what Kerry is trying to do.

The overriding characteristic of this century is change that has shown itself to be fast, uneven, chaotic and violent.  The US is the world’s chief status quo power.  It benefits more than any other from rule of law and political stability.  Any source of instability, any conflict between peoples left to fester, represents a threat to our interests at home and abroad.  So, what might an appropriate strategy look like?  The US might form its policy around building and maintaining multilateral commitment to prevent, diffuse and contain conflicts:  Using our sense of right and wrong – not as rhetoric but to sniff out problems we need to pay attention to – as the basis of a proactive and consistent diplomacy informed by local realities, sensitive to the interests, values and motivations of others and backed up when necessary by the credible threat of force exercised through the UN.  This would take US determination to build good will and trust.  We would have to be ready to contribute meaningfully to prolonged efforts at reconciliation, reconstruction and nation-building.  It would also take willingness to compromise and let others lead sometimes.

This may be more than the US political system is capable of, in which case, it would be better to make our policy first do no harm even if it means standing back and watching as bad things sort themselves out. But maybe the Ukraine crisis offers an opportunity to get it right.

It is not surprising that Russia sees Ukraine as within its sphere of interest.  Since the fall of the USSR, the US has been either willfully provocative or simply ignorant of Russian interests and motivations over its former republics.  I remember colleagues in the NSC telling me in the late-90s that we did not have to be concerned about Russia’s reaction to our efforts to take NATO to its doorstep because “they lost, we won” and Moscow didn’t matter any more.  None of the “resets” changed this basic approach.

As for the EU, it doesn’t do foreign policy at all really.  It has been breathtakingly short-sighted in dallying about bringing Ukraine into its ambit by setting a clear path to membership.  Putin – his Plan A gambit to prevent losing Ukraine to the West’s feeble embrace failing – seems to be putting pieces on the table for an eventual settlement protecting Russian interests in some acceptable fashion.  It is possible that he might go too far – absolute power corrupts absolutely and German Chancellor Merkel may be right that he seems to be living on “another planet” –  but there is currently no reason to assume he is not acting rationally in service of what he sees as his and Russia’s interests.  To incite real war in Ukraine runs a grave risk to the stability of Russia itself and therefore to his own power.  One indicator of his going too far would be if he puts troops into Russian-majority areas outside Crimea or uses arms against Ukrainian forces there.  Otherwise, the US should continue to act in a restrained manner – political and economic costs to Russia are appropriate, as are continued reassurances that no military response is on the table – and Washington should urge Ukrainian restraint as well.  The EU and US should move quickly – more so than is typical of Brussels – to provide the aid necessary for Ukraine to avoid economic collapse.  The EU should make it clear that membership is on offer.  And the US should seek to reset its policy toward Russia in a fundamental sense.  Recognize its interests as valid and work with it and others to resolve the Ukraine crisis in a manner acceptable to all.  Perhaps Germany might be left in the lead on that?