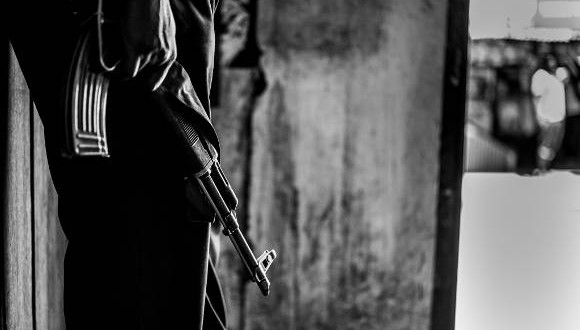 Following attacks in Kenya and Uganda this year, governments must not ignore the law or the root causes of terrorism in their response – or risk creating new recruits.

The gruesome terrorist attack at Garrissa earlier this year came just days after the killing of Joan Namazzi Kagezi, a Ugandan lawyer and prosecutor. A colleague and friend of mine, she was killed on her way home from work, with her children in her car.

Al-Shabaab claimed responsibility for Joan’s killing. Her crime was to be involved in the case involving alleged Al-Shabaab terrorists accused of being involved in the 2010 Kampala bombing, when 70 Ugandans were killed while watching the World Cup final. In Kenya, 148 people were killed.

In Nairobi at the time of the attacks on both Garissa and Kagezi, I followed the reaction carefully. And what struck me most was the similarity in the authorities’ responses, and their significance in fighting terror. Prior to the attack, both Ugandan and Kenyan authorities had been warned by US intelligence that Al-Shabaab were planning retaliatory strikes across the region, in apparent revenge for the killing of one of their senior members in a drone strike in Somalia. In both countries, the authorities assured their citizens that the security situation was under control.

In fact, additional securities measures were only provided to key government installations, shopping centres, and hotels and restaurants frequented by tourists. Ordinary citizens in both countries were left to fend for themselves, even as those in power, and their well-connected cronies, beefed up their personal escorts and security details. In both countries, the terrorists attacked ‘soft’ targets – those same ordinary citizens, going about their enduring struggle to survive in a world in which their safety matters little. In Kenya, the Interior Cabinet Secretary said that the terrorist attack of a university hosting over 800 students took the government by surprise, despite early warnings.

Not surprisingly, in both countries, the authorities denied responsibility and resorted instead to a blame game and opportunism, intending to capitalise on the attacks to further limit civil liberties, consolidate their hold on power and undermine the rule of law. In other words, they too have resorted to terrorising their own citizens in the name of fighting terror – citizens they have often failed to protect in the first place.

In Uganda, the Inspector General of Police, General Kale Kayihura, blamed his failure to protect Ugandans on demands for due process. Speaking at a mass for the slain prosecutor, General Kayihura said that “the criminal justice system needs overhauling as it gives advantage to criminals, including those who killed Joan.” He cited the ‘48 hours’ rule that requires police to investigate suspects and have them in court as impractical against suspected terrorists. But the Ugandan Chief Justice warned against rushing to change the law so quickly.

In Kenya, the reaction was the same. First, the government denied responsibility, then it imposed a curfew and finally it blamed the judiciary and the rule of law. Addressing the nation as his forces were still battling the terrorists, Kenyan President Uhuru Kenyatta announced that he was ready and willing to violate the constitutional principle of separation of powers and undermine the judiciary in the face of terror. He ordered ten thousand new police recruits to report for training immediately to the police training school. He further declared his supremacy by taking sole responsibility for this decision.

The High Court of Kenya had in 2014 stopped the enrolment of police recruits on the grounds that the recruitment process was tainted with corruption, irregularities and blatant violations of the constitution. By overriding this, are we not succumbing to our fears? It appears that both the Kenyan and Ugandan governments have not understood that you cannot fight terrorists by terrorising your own citizens. Their arbitrary actions do not help.

The attacks were not caused by a lack of police officers. Serious governance gaps, political intolerance, spiralling income inequality and the continuing marginalisation and exclusion of certain groups are what create the conditions for more recruits for the terrorists. To fight terrorism, we must confront it in accordance with the law. That’s what distinguishes us from the terrorists and defeats their objective.

As the Ugandan Chief Justice, His Lordship Bart Katureebe warned, we must not compromise on these principles. He rightly observed that the terrorists don’t believe in the rule of law. Their intent is to frighten us, make us panic and resort to their means, of spreading fear across the board. President Uhuru’s knee-jerk reaction in ordering new police recruits was opportunistic and escapist.

To fight terror he must address the underlying governance gaps in our societies, tackle the root causes of terrorism, renew the belief of Kenyans in the ability of the government to govern for them, and professionalise the security architecture – rather than perpetuating the rule of a few over the many, which creates the divisions on which political violence rests.