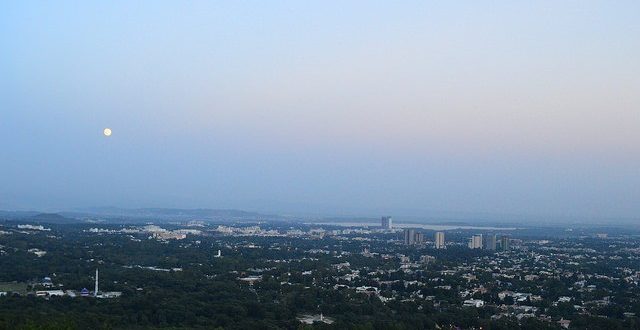 Two years on from the development of the Pakistani government’s flagship plan to tackle terrorism, has it had any success?

In October 2016, a terrorist attack aiming to kill an entire generation of Quetta’s lawyers took place in Pakistan. The suicide bomber attack killed 72, including 53 lawyers, and injured another 122 people.

In response, Pakistan’s judicial commission has released the Quetta Commission Report. This largely criticises the government’s inaction in regards to the attack. This critique is a welcome and timely suggestion for an evaluation of the National Action Plan (NAP) which was implemented approximately two years ago.

The NAP was created following a previous attack, on the Army Public School in Peshawar, that killed 133 children. It is a 20-point counter-terrorism and counter-extremism plan, formulated through a consensus of civil and military leadership. It covers – if vaguely – a range of issues, including the government’s actions on madrassa registration, the repatriation of Afghan refugees, the jurisdiction of military courts, and action against terrorist funding.

The new Quetta Commission Report is unique because of the unprecedented effort and research that went into it. It is easy to blame outside actors or influences, such as India, for terrorist attacks that take place in Pakistan, which is what the government often tries to do. In this report, the Commission clearly stated that there was no outside hand in the attack.

While international reports point to a decreasing trend in terrorism in Pakistan, the Quetta Commission Report has raised fresh concerns about the ineffectiveness of the NAP and whether it is truly working to prevent violent extremism.

Since its inception, criticisms of the NAP have included its deficiency in particular targets regarding the curbing of violent extremism. This includes, for example, action against material promoting hatred, extremism, sectarianism and intolerance, as well as its non-existent timeline. Scholars have also criticised the plan for reasons that go beyond inadequate targets for preventing violent extremism.

Moeed Yusuf questions the relevance of issues such as political reconciliation in Balochistan and the repatriation of Afghan refugees. Bringing the issue of Balochistan under a plan focused on counter-terrorism and countering extremism itself creates an obstacle to reconciliation with militants in Balochistan. The government has not prepared and presented a detailed rationale for the 20-point plan.

The Commission has specifically highlighted the NAP’s weaknesses in multiple areas, including the negative role of the media, a lack of counter narratives, insufficient protection for religious minorities, and the limited role of the National Security Advisor (NSA), Lieutenant General (retired) Janjua. One of the findings of the report is that Janjua, does not have access to data on terrorist attacks. It has also called out the Ministry of Religious Affairs and Interfaith Harmony for not doing any interfaith related work.

Instead of taking the recommendations of the Quetta Commission seriously, the government has responded aggressively. The Interior Minister, Nisar Ali, has taken criticism personally. “I will challenge the commission’s report at every forum and I request the Supreme Court to fix the case for hearing it as early as possible,” he said. This is not surprising, given that the government is dominated by a stubborn mindset. The government took a defensive position soon after whistle-blowers like Sherry Rehman started talking about the report.

For a change, the government should show some respect and flexibility by seriously addressing a range of much-needed recommendations from the Quetta Commission Report. If they did, the Quetta Commission report could act as a timely opportunity to conduct a much needed appraisal of the NAP.

The role of peacebuilders is crucial in this context, to assist relevant governmental bodies, especially the Ministry of Interior, to ensure that the NAP addresses the root causes and symptoms of terrorism and violent extremism. In this regard, many local and international NGOs have experience of peacebuilding work at grassroots level that could really be helpful for the government. Ideally, such government and civil society interactions should lead to a consortium of NGOs providing direct input to the government. Such a forum would be highly useful in ensuring timely reporting of hate crimes from across the country, as most NGOs work at community levels.

Zahid Shahab Ahmed is Peace Direct’s Pakistan Local Peacebuilding Expert and a Postdoctoral Fellow at Deakin University in Australia. He received his PhD from the University of New England (UNE) in Australia, and has taught peace and conflict studies at universities in Australia and Pakistan. Since 2003, Zahid has worked with local and international development agencies in South Asia on various peacebuilding and development projects. He has published and presented papers on a wide range of issues, including Islam, human rights, peace & conflict, regionalism, and regional security.