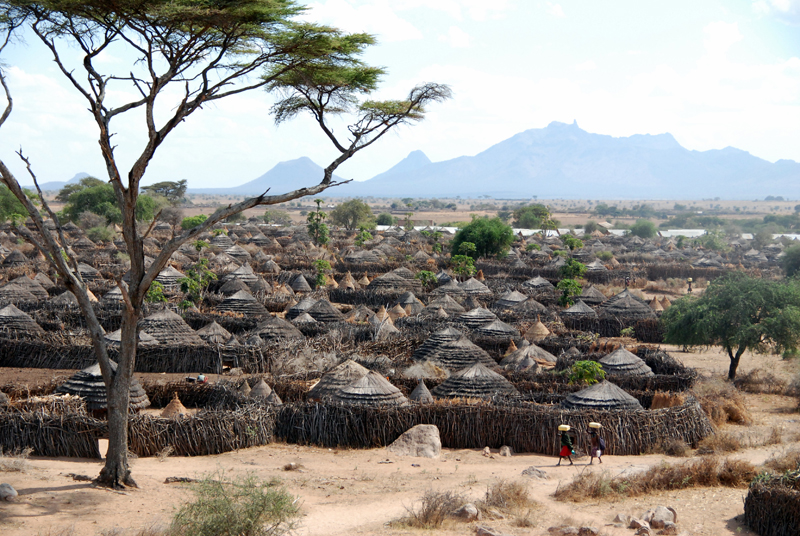 TransConflict is pleased to present a concept for transforming conflict between the Pian, Pokot and Sabiny communities, which primarily results from cattle raiding and often violent competition for scarce pasture and water resources.

The Karamoja cluster refers to an area of land that straddles the borders between south-western Ethiopia, north-western Kenya, south-eastern Sudan and north-eastern Uganda. The area is populated by 14 pastoralist tribes who share a common language, culture and way of life. The cluster is composed of semi-arid savannah, with into wooded grassland to the north and desert to the south. Like other cattle herders in the East African region, they have been severely affected by climate change. More frequent cycles of drought have led to greater competition for scarce resources; rainfall is generally unpredictable and localized, making agriculture an unreliable subsistence strategy.

The hardship endured by the Karamoja cluster has intensified in recent years. Cattle-raiding and the struggle for other scarce resources has accelerated between the Pokot, Pian and Sabiny (of Bukwa, Kween and Kapchorwa districts) communities, resulting in an upsurge in violence. The ready and increasing availability of small arms among some of these groups has caused hundreds of deaths over the past few years. The conflict between these three neighbouring communities has taken place on both sides of the Uganda-Kenya border. Whilst the Ugandan government has succeeded in disarming the Karamojong cluster in Uganda, other clusters across the border continue to pose a threat to the security of the disarmed groups.

The Pian-Pokot-Sabiny conflict is principally the result of traditional cattle raiding/restocking incidents and commercial livestock rustling, plus violent competition over access to scarce pasture and water. The conflict factors are exacerbated by harsh climatic conditions and recurrent drought prevailing on either side of the border. Other contextual dynamics of this conflict include the unregulated and widespread availability of small arms; retrogressive cultural practices; marginalization of these pastoral communities from mainstream development; and weak or non-existent structures and institutions for conflict prevention, mitigation and response, particularly on both sides of the divide and cross-border. Disputes and differences are also compounded by minimal routine interaction and communication between the three communities.

Various strategies have been adopted in the past to address insecurity, resolve conflict – both internal and cross border – and increase development opportunities for people of region. Some successes have been registered, but huge challenges still remain. The struggle to remove the remaining pockets of insecurity between these communities and across the border seems to have become an issue of daily struggle amongst Governments, civil society organizations and these ethnic clans and communities. This struggle has always involved different intervention strategies – ranging from development initiatives to peace dialogues – and this is a battle all partners have to continue supporting.

The Pian-Pokot-Sabiny Cross-Border Conflict Program aims to build sustainable peace between the respective communities, whilst encouraging the adoption of mechanisms for co-operative sharing of natural resources and harmonious co-existence among the three respective communities. Similar attempts have been conducted in September 2014 by ZOA between the Pokot and Sabiny communities in an effort to resolve conflicts emanating from land ownership and charcoal burning, however, communities across the border in Kenya where not included. Through this program, the communities will engage in problem-solving processes on the issues of access, use and ownership of natural resources essential to pastoralists’ livelihoods.

The objectives of this program are:

This program will be implemented by Building Community Initiatives (BCI) in partnership with the Karamoja Cluster Project (KCP) and its partners on the Kenya side. The program will work closely with stakeholders from the affected districts of Nakapiripirit, Amudat, Bukwa, Kween, Kapchorwa and Kacheliba, Kodich, Konyao and Kasei wards across the border in Kenya.

The programme will hold inter-community dialogue and negotiations with stakeholders from both sides of the border to reach agreements on resource sharing. The resolutions from the stakeholders meeting will be shared during a sensitization and dissemination meeting involving stakeholders and communities from the selected districts and wards. The program will also facilitate games between the host District (Kween) and Kacheliba Team to promote peace and harmony among these communities, whilst performances from drama groups from Amudat (Karita Sub County), Kween and Kacheliba ward will be used to promote peace among these communities.

Lokiru Francis Dowan is team leader at the Building Communities Initiatives (BCI), a member of the Global Coalition for Conflict Transformation.

To learn how you can support this initiative, please contact Building Communities Initiatives directly by clicking here.